It has been a long day!! Had to get up at 4am to cath the 6:40 Amtrak train to Seattle from Vancouver. Our Holland America hosts went above and beyond and got up early to help 6 of us get to the station. They were awesome!!! Left the hotel and took the skytrain to the Amtrak station and then went through the process of boarding it. I have never been on a train and thought it would be easier getting on but really was kind of a pain too! There is just no easy way to travel anymore. You go through all the security stuff at the station, then when we crossed over the border the customs agents came on to check passports and collect our customs forms. They were a little rude if you ask me. Then we went down to another stop and the sniffing dogs came aboard. I think it was worse than flying! The ride down was beautiful! It was a clear sunny day again!! After getting our luggage at the station and then seeing our friends off that had rode down with us we hopped in a cab and came to the hotel. Nice hotel for an overnight but don't think it will work for my group next year before our Alaska cruise. On the way to Pike's Market we stopped at a couple smaller hotels and talked to them about their properties. We walked around the market and then went over to the waterfront where we picked up a Hop On Hop Off tour bus. It was a great tour of the city. Been a long week so we got back to the hotel early and are heading to bed since we have to be up and going in the morning to get to the airport. I have learned alot about Holland America Cruises, Victoria, Whistler and Vancouver Canada and Seattle this week. And I made some new friends. As of this moment, no trip planned until a cruise in September. But there are several months before then so things could change!!!! 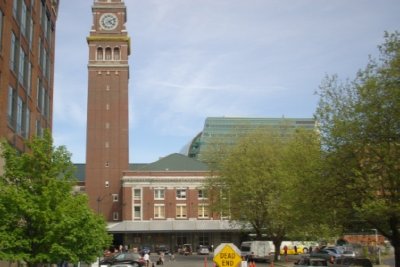 King St Station where Amtrak is. 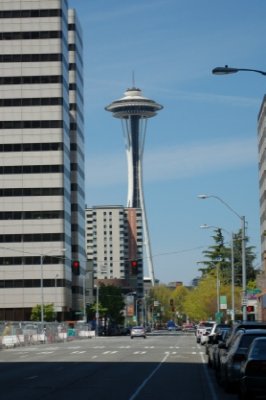 Took this standing in front on hotel and looking right. 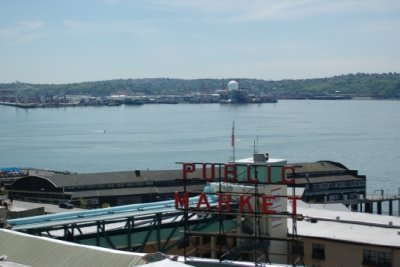 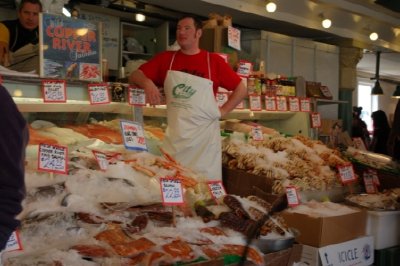 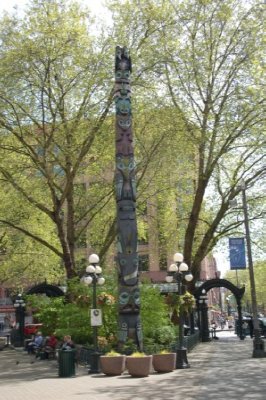 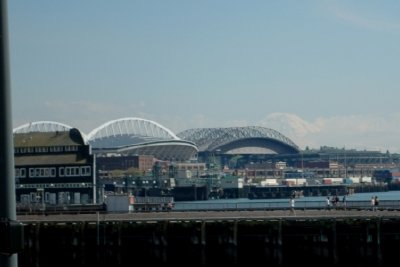 Qwest Field on left, Safeco Field on right and Mt Rainer in background. 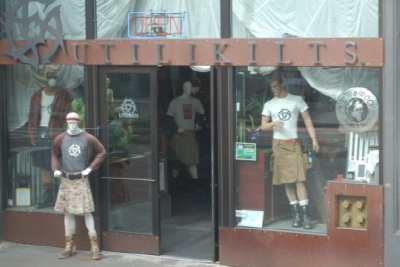 Think we need to open one of these in Dallas!!! 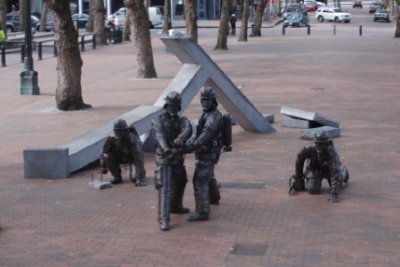 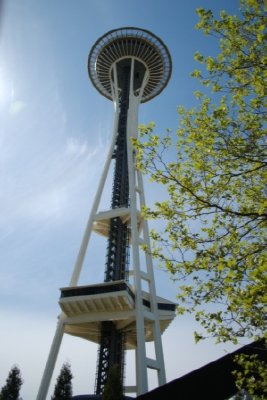