The weather was picture perfect when we arrived in Portland! Clear, blue skies and nice cool breeze. Temperatures in the high 60’s and with the wind it was nice. Most were bundled up in jackets and gloves, but I thought it felt wonderful! We got of the ship and boarded our coach for the Lighthouse of Maine shore excursion. Our guide was VERY good. A local that was a wealth of information. Drove all around the penisula that is Portland and was surprised that there is only 65,000 people in the city. Three lighthouses were on our agenda. Portland Breakwater Light, also know as ‘Bug Light’, Spring Point Light and Portland Head Light. Our guide knew everything about the structures and at the 3rd one we visited there was a small museum where we were given a private tour from the curator. The 2nd and 3rd one were on site of former forts so there were some remenants of them to see also. We also learned of a lighthouse out in the middle of the bay, Ram Island Light, that was just purchased by a local doctor for $190,000. He doesn’t have plans to open it but wanted to be sure it did not get into the wrong hands and still belong to the city. It would be hard to really do anything with it though, since you can only get to it during high tide. This tour was very informative and I would recommend it when visiting Portland. Tonight was formal night and everyone in the group cleaned up pretty well! There was a Broadway show at the theatre this evening and it was enjoyed by most of the group.
Tomorrow is a tender port, Bar Harbor. Until tomorrow….. 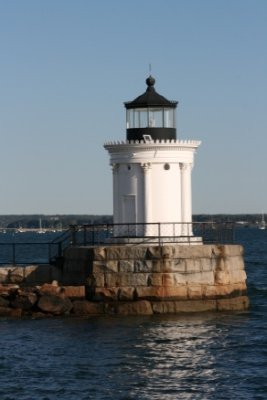 Fort Gorge--out in the middle of the bay 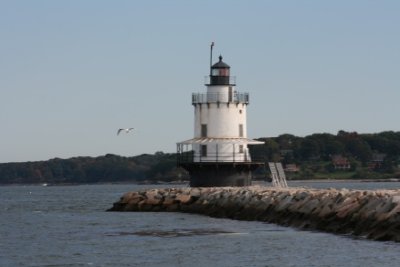 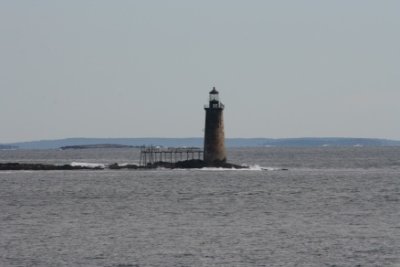 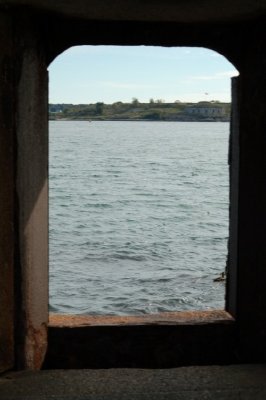 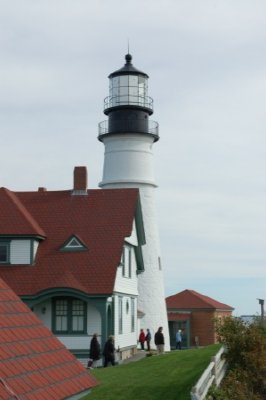 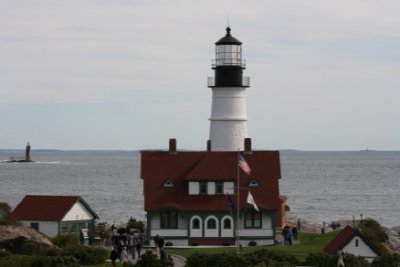 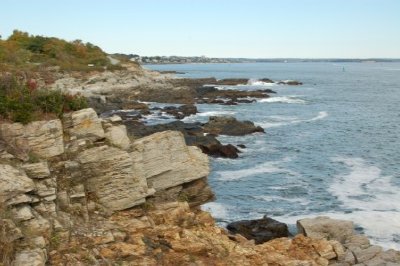 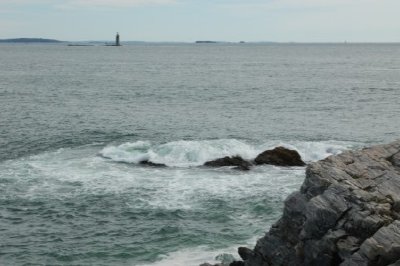 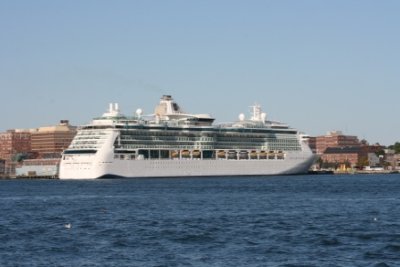 The Jewel of the Seas

Leave in Maine. Love it up here.