Again we departed the Wilderness Express from Talkeetna to Denali. While getting ready to go this morning the fire alarm went off in the hotel. Several of us were in the showers and thought it was just in our rooms. They had seen smoke but no fire! We didn't evacuate your rooms but the ones in the dining room had to go outside.
The ride was pretty but the clouds would not like and we didn't get to see Mt McKinley. Hope to on the tour tomorrow. 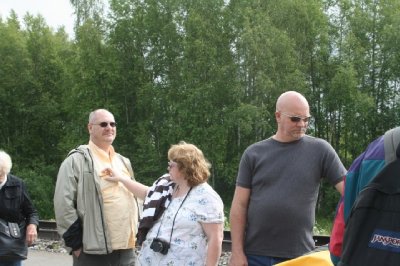 Waiting for the train. 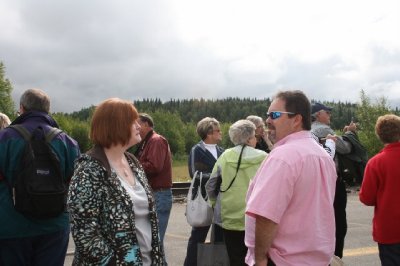 Where is the train?? 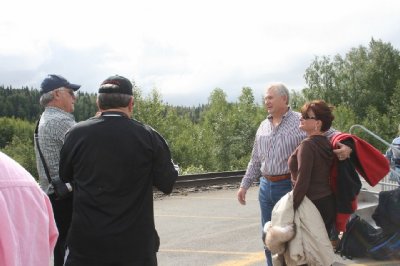 Pictures before the train ride! 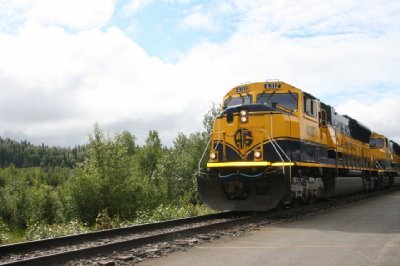 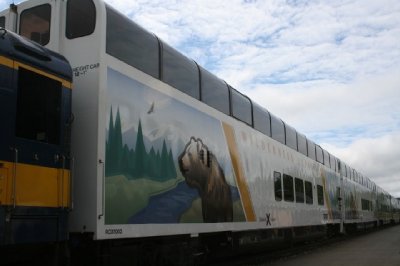 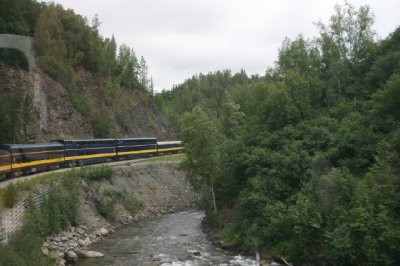 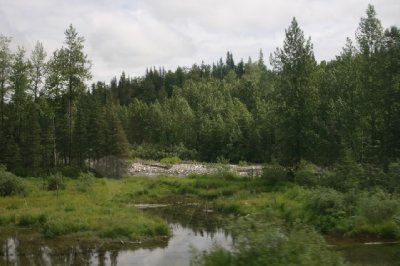 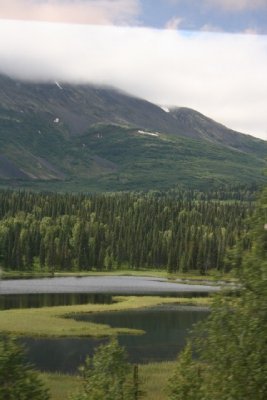 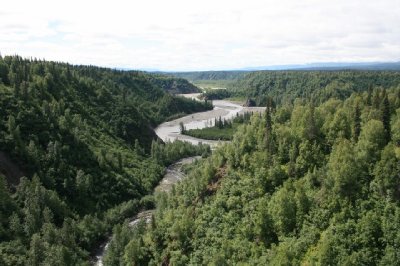 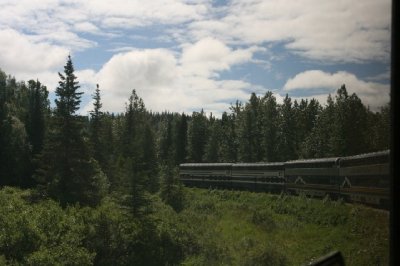 We were the front tour cars followed by Holland America and Princess. 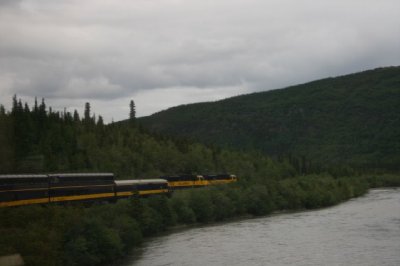 Going around the bend. 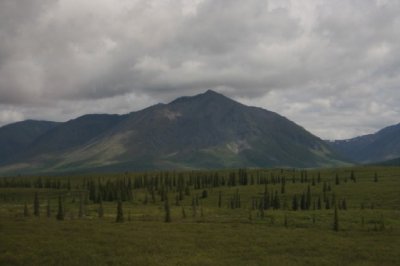 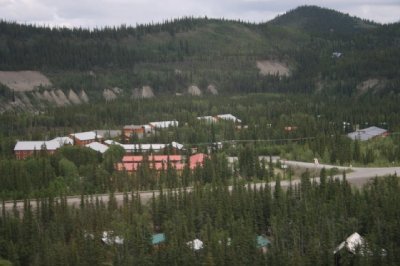 The metal roof buildings are where we are staying . This view is from the train. 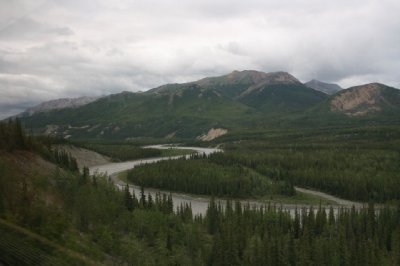