Talkeetna and Manny vs. Food

We arrived in Talkeetna and Manny had a mission. He had seen the TV show Man vs Food where the guy ate a 5lb hamburger at West Rib Bar & Grill. So we found the place and he let them know he wanted to get one. Several of us wanted to watch so we went also. This was a HUGE burger!! My half ponder was almost more than I could handle. Let's just say I won't be eating dinner! He didn't finish it but he did a pretty good job. I think he said it was $25! Oh and it also came with a pound of fries!! 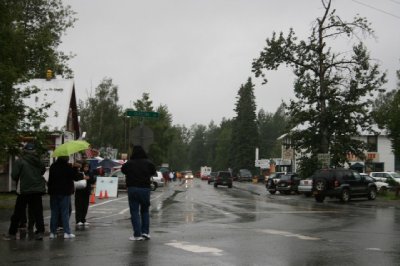 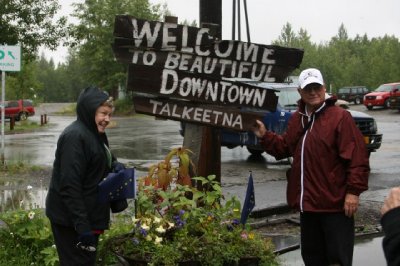 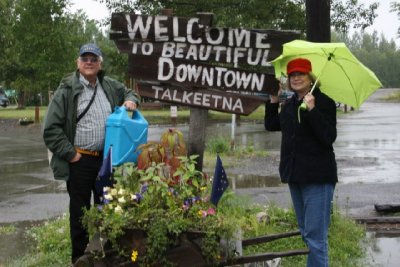 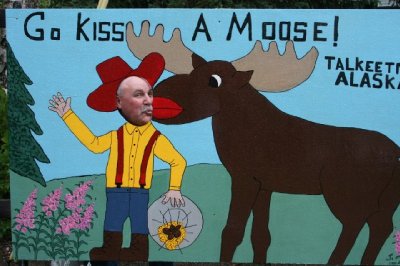 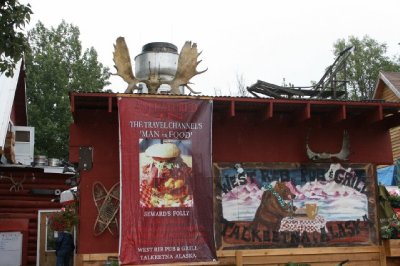 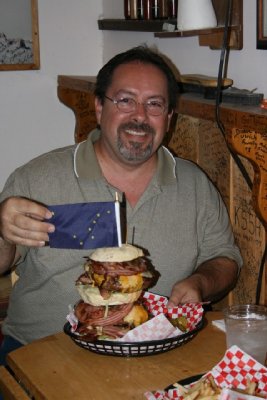 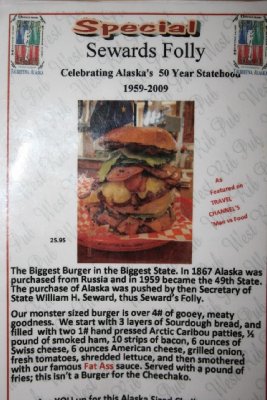 This is the burger description. 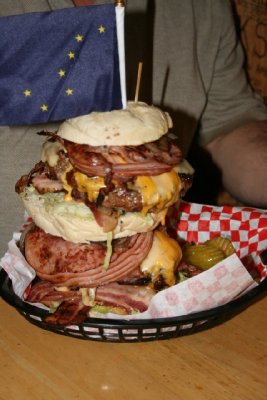 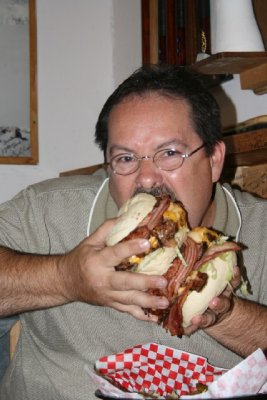 I don't know how he picked it up. 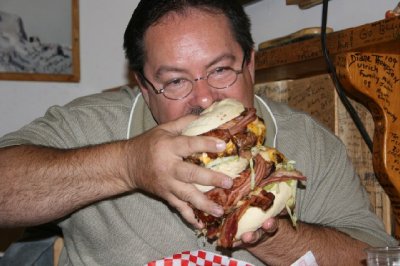 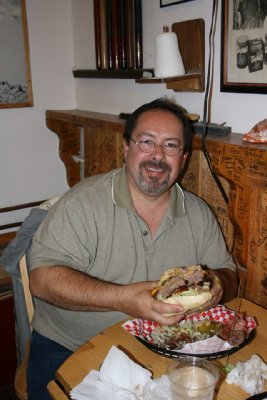 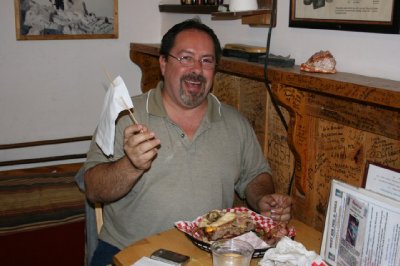 He's waving the flag to surrender. 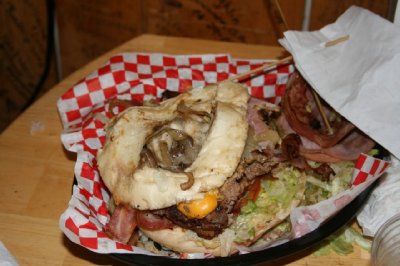 This was what was left! 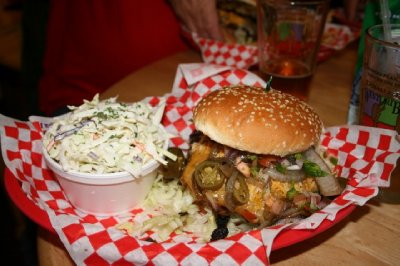 This is what I had--the Texas Burger. It was yummy!!